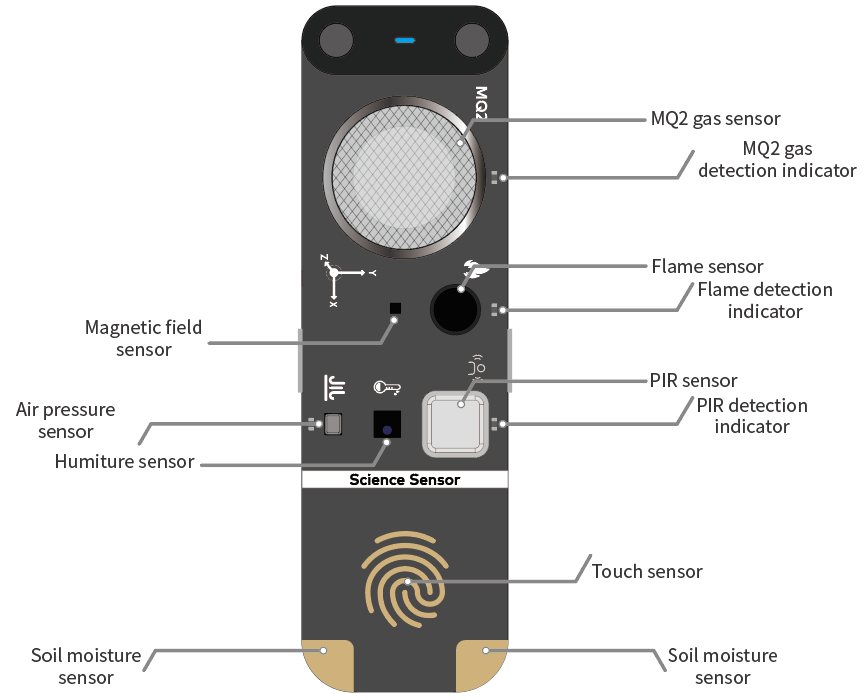 Example programs for the science sensor 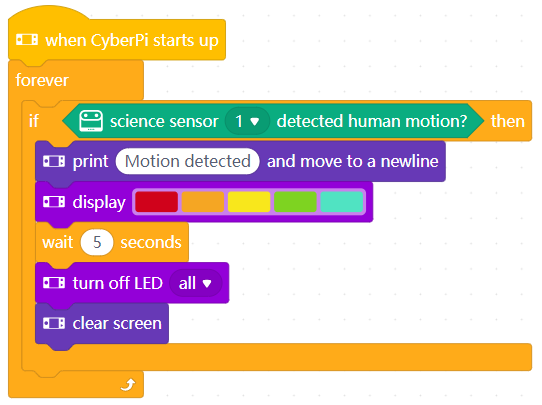 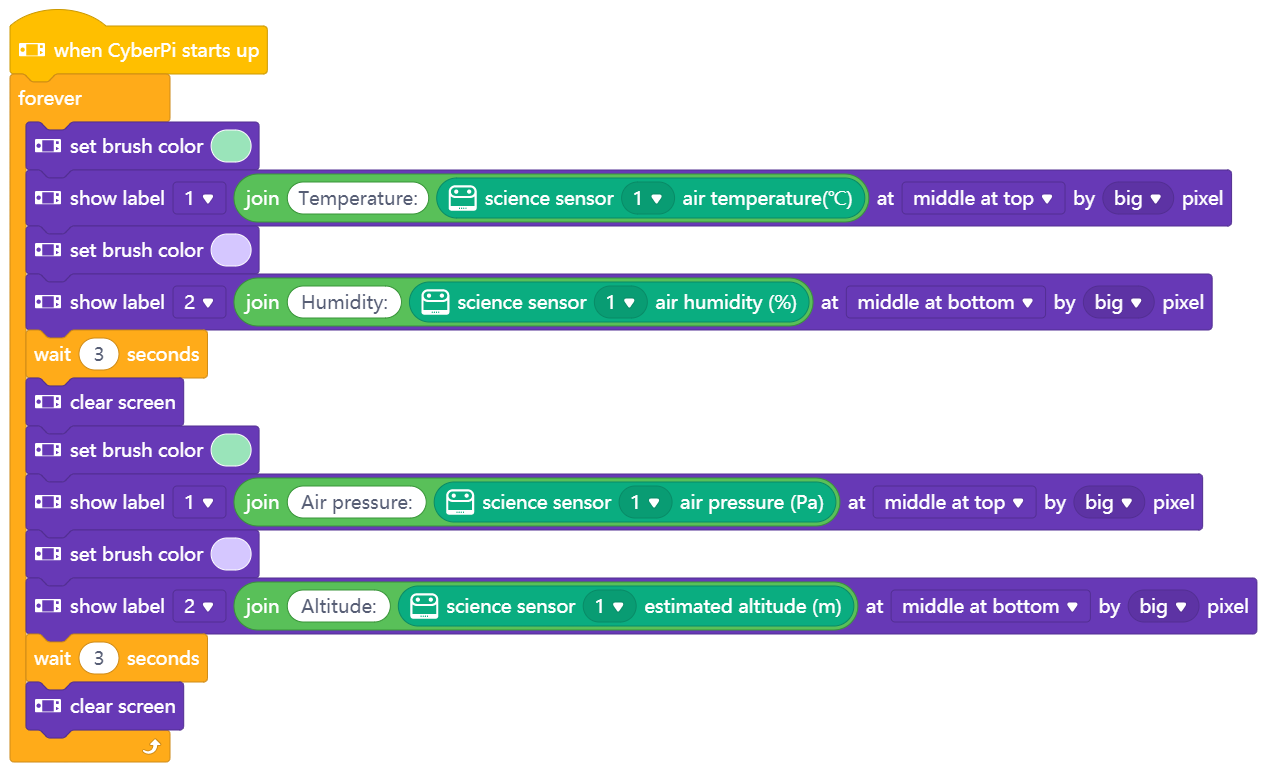 The science sensor integrates an MQ2 gas sensor and flame sensor, which can be used to detect gas leaks and fires in families.

With these two sensors, you can make a simple alarm that is to be triggered by a flammable gas or flame. When the alarm is triggered, CyberPi makes a warning sound. 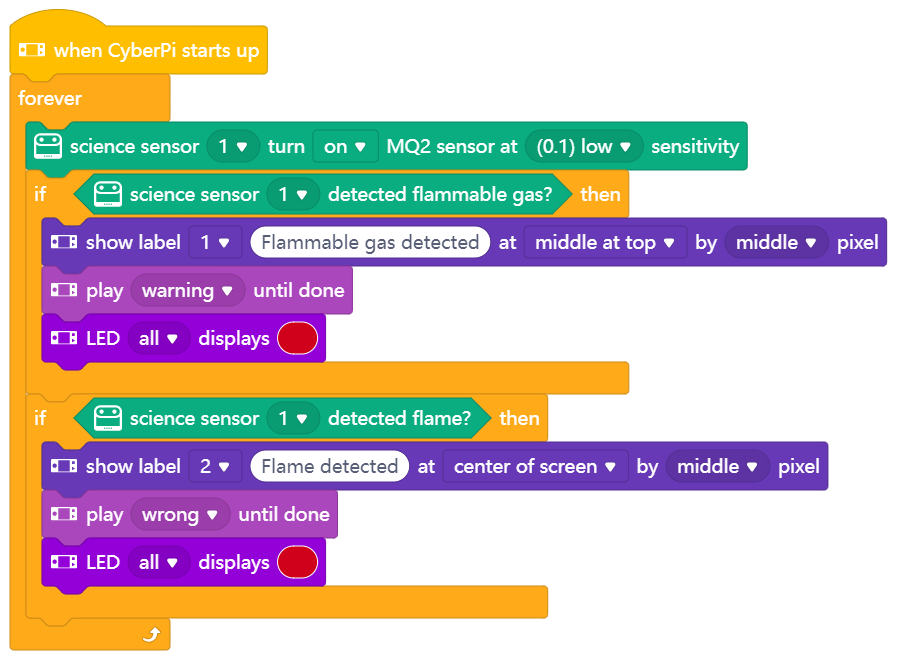 Note: You need to calibrate the magnetic field sensor in a non-magnetic environment. An outdoor open space is recommended.

Use the following block to enable or disable the calibration. 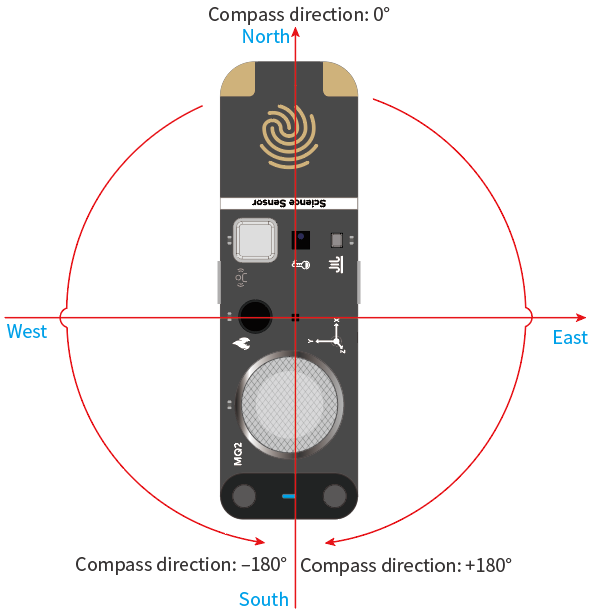 Program the science sensor to function as a compass.

The touch sensor on the science sensor can detect whether the touch point is touched and thus can implement touch-based control.

With the following program, you can control the LEDs on CyberPi by touching the touch sensor. 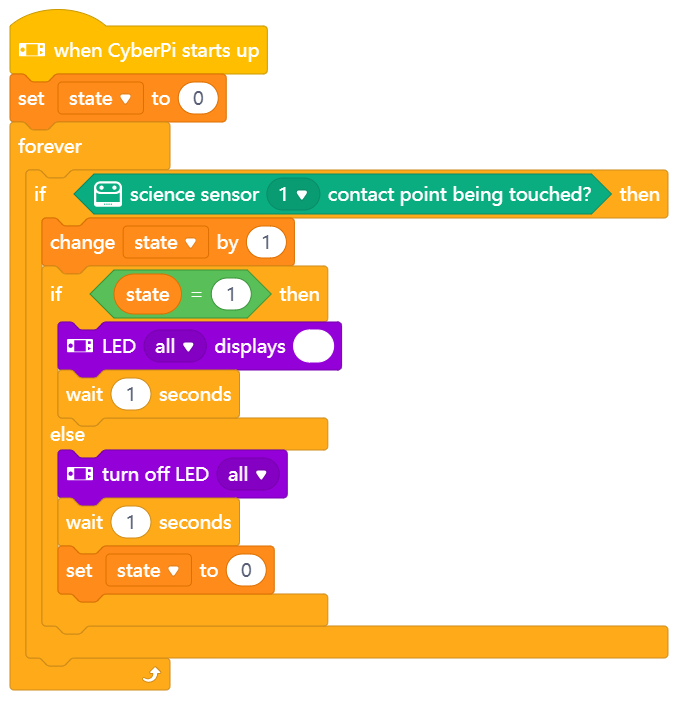