Hello, I’m Alex Yu, the product manager of CyberPi. I’m glad to introduce the Display + extension to you. It is the key feature update in iteration 003 of CyberPi.

Use the “Display +” extension

After adding the extension, you can see the Sprites and Doodle blocks.

The Display + extension extends the programmable functions of CyberPi’s screen. With this extension, you can design apps, games, and more complicated charts on CyberPi.

The Display + extension adopts the concept of object-oriented programming (OOP), and therefore, when you use this extension for programming, you need to define an object first.

The following figure describes the three basic steps for using the Display + extension for programming. 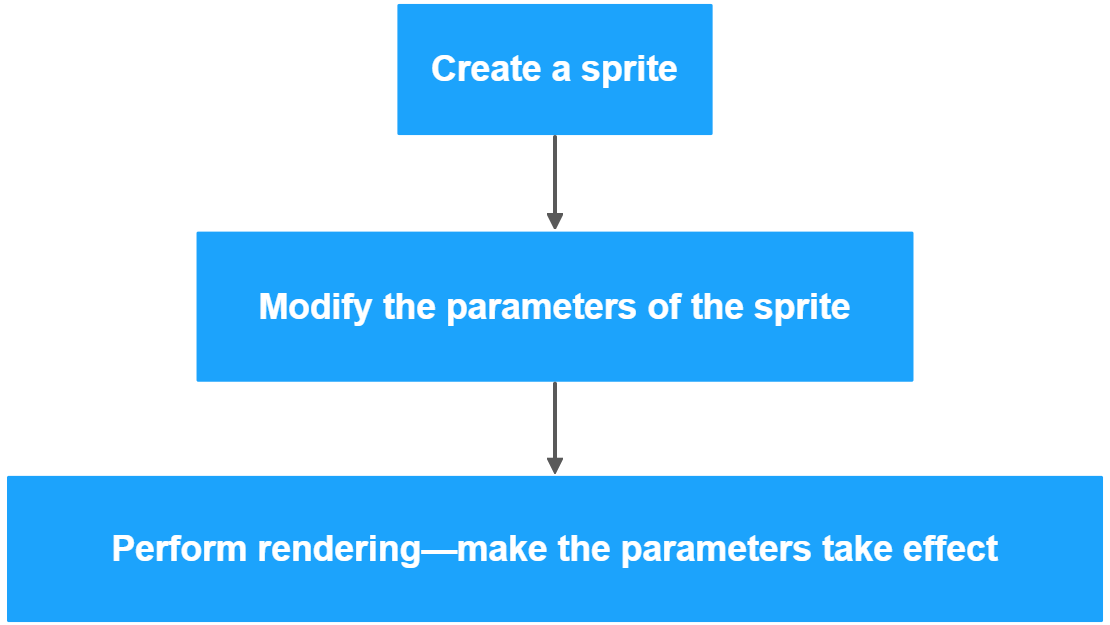 Create a variable in the Variables category, and then define the variable as a sprite. 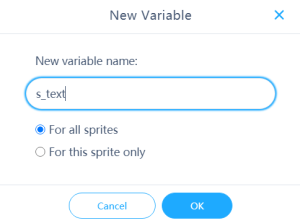 The created variable and its related blocks appear in the Variables category.

The steps for creating a sprite are as follows:

Note that the sprite can be displayed only when you use the force rendering block.

For example, an error is reported when you execute the following program.

We have defined multiple types of sprites to facilitate your creation of projects. Generally, you can use the following blocks to define sprites.

The following table describes the currently available types of sprites.

Tips: After a sprite is created, its parameters are set to the default values. When it is changed by using the block set sprite ( ) to ( ), all the other properties remain, except the reflecting effect. The reflecting effect is part of the appearance of the sprite.

After modifying the properties of a sprite, you need to perform rendering on it to make the new properties take effect, that is, use the block force rendering.

Each time of rendering is similar to generate a frame in animation. Using the force rendering function properly can make better use of the hardware performance.

CyberPi can execute multiple threads simultaneously, and therefore, you can write a thread to implement timed rendering.

The following shows an example.

Some blocks are designed for users to obtain the status information of sprites. The following describes some of these blocks.

To obtain status information of a sprite, use:

To determine whether a sprite touches another one or the edge of the screen, use:

To determine the background color of the screen, use:

To set the color of the background, use:

Note: After setting the color, you need to use the block force rendering to make the setting take effect.

In this example, detection of touching and self-defined matrix patterns are used.

In this example, the function for defining sprites is used to implement the alternation of questions and answers.

Do you have questions or ready to adopt our solutions?

We are here to help!